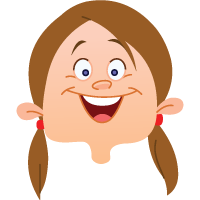 For the vast majority of people, bail can be an effective option to allow them to leave custody while they await their trial. While bail is an instrumental part of the criminal justice system, it is common for individuals to not be informed or prepared to use these services when they have a loved one that is needing to be bailed out of jail.

Will You Have To Physically Transfer The Collateral To The Bondsman?

A key step in the process of issuing the bond will be providing collateral to the bondsman. This can serve to secure the bond, and while it is normal to feel apprehensive about providing collateral for the bail, individuals will have it returned as long as the defendant complies with their bail restrictions and attend their proceedings. Fortunately, individuals will not have to physically transfer their collateral to the bondsman during this time. A common example of collateral may be a person's vehicle. In many cases, the bail bondsman may issue a lien on the collateral, which can avoid the need to physically transfer the vehicle so that you can continue using it during the proceedings.

What Happens After You Have Completed The Bail Bond Paperwork?

Your meeting with the bail bondsman will be fairly short as they will be able to quickly guide you through the process of filing out the paperwork for a bail bond. Once this has been finished, these professionals will forward this information to the jail that is holding your loved one. This will allow for it to be processed by the relevant authorities so that the defendant can be released. The amount of time that this process could require may vary depending on the policies of the jail and its staffing. However, bail can normally be processed within a few hours for most jails.

What Should You Expect At The End Of The Trial Process?

At the conclusion of the trial process, you will be able to return to the bail bondsman so that the lien on the collateral can be released. This can be an important step that you will want to do as soon as possible. To verify that your trial has concluded, the bail bondsman will need to be provided with the final judgment and they will verify this with the local court system. After these steps have been completed, the paperwork to lift the lien on the collateral will be filed as soon as possible.